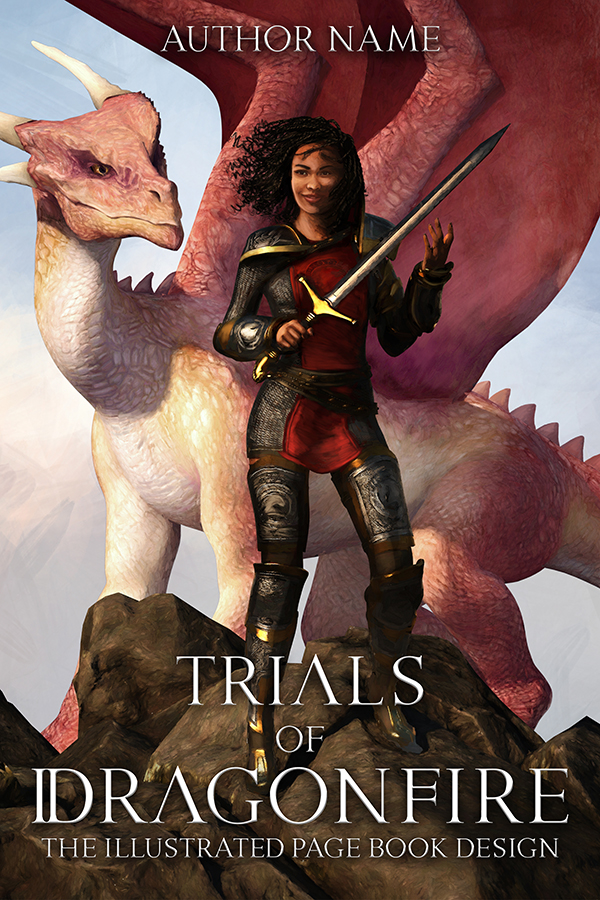 A cover that was created through the premade request process. The author wanted a cover with a Black woman and a red dragon and I was happy to make one! The author bought before anyone else saw it, so it never appeared in my store.

Do you have a general concept and would love me to make it into a premade cover? Then you’re welcome to request a premade from me!

You give me a brief. I create a cover based on it and show you before anyone else. You then get the chance to either purchase it before anyone else sees it or pass on it. If you pass on it, I then add it as a regular premade cover to my event. No revisions.

How Much Does It Cost?

The same amount as my regular premade covers, AKA somewhere between $100 to $150, depending on genre and complexity. I’ll give you a quote when you send me your brief.

What Genres Can I Request?

Since if you pass on it, I need to be able to sell it as a regular premade cover, premade requests are limited to the main genres I sell in.

Can I Request a Series Set?

Long answer: I’m not going to be doing full series sets for premade requests. However, I could do a premade that you intend to be a first book in a series. But sequels from me would need to be a regular custom cover because they share the same branding as the first and aren’t something I could thus sell as premades.

What Information Should I Include in My Brief?

The brief for a premade should be just that — brief! The brief for the cover above was as simple as “a young Black woman with a red dragon.” Avoid getting too specific about clothing and hair styles. Another example of a brief for a premade I’ve had was “a dark-haired young woman with her boyfriend, a middle aged ghost detective.” That’s specific enough to work for the author’s story but general enough to work as a premade.

Let me know the genre and the most important facts about the characters you want on the cover, such as race, gender, age, and hair color.